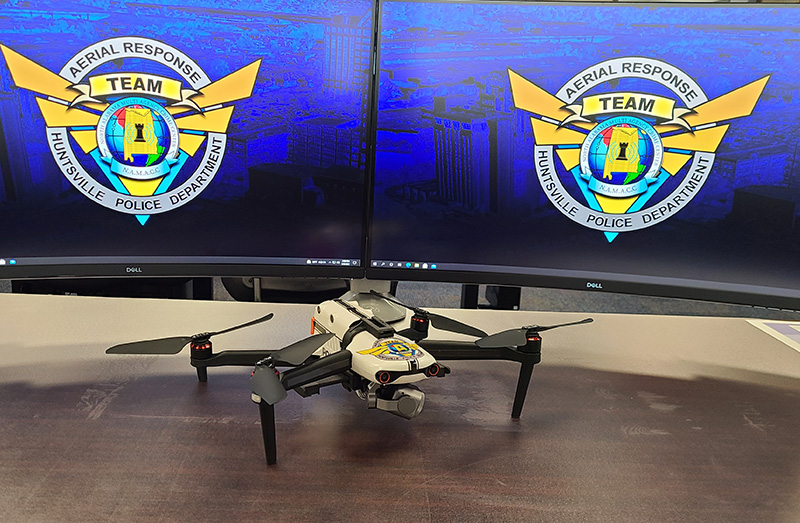 Companies across all economic fields are adding drones to their toolsets, and more are realizing the value of small unmanned aerial systems. With the growing awareness and popularity, it’s easy to assume that most drone programs are initiated by managers or executives who want to cut costs or increase productivity. The numbers show that this isn’t always the case.

Polls from DroneAnalyst’s 2020 Market Sector Report showed that over half of companies’ drone programs start at the individual level. Sometimes, individuals bring personal drones to their jobs. Occasionally, the programs start without management knowing.*

‘unofficial’ means. One utilities company mentioned their superiors do not know about any drone operations, and they keep drone expenses under a limit that would need to be reported on,” the report said. “Several public safety agencies credit their founding to a passionate firefighter or police officer bringing his personal drone to work.”¹

Many programs begin with an individual recognizing a need, or an opportunity. Ryan Raulerson, an 18-year veteran of the Issaquah Police Department, explained the idea for his department’s drone program began when he saw potential with a drone his family owned. He proposed a drone program several years ago and found his commanders were dragging their feet on the idea. Now, his department is starting its drone program.

“Right now, what we’re trying to do is get the program up and running and seeing some positive effect from it so people go ‘Oh, this is awesome,’” he said.

Police and first responders receive a lot of attention in the drone market because they’re a rapidly-growing field business.

“We started in 2015 with the desire to do photogrammetry, mapping of crime scenes and crash scenes...two years later, expanded that to patrol,” said Chad Karlewicz, member of the Renton Police Department and owner of the drone training company Frontline UAS. “Every patrol squad has a pilot and a drone assigned to it. From there, it expanded to our special operations use, SWAT use, detective use. Every division in our department has drones and pilots assigned to it now.”

Proving the worth of a fledgling drone program is an important step, especially as aviation regulations continue to develop and as more companies produce higher-performing, higher-cost drone platforms. In 2020, the average purchase price of drones in the $500-$100,000 range is $8,109, according to DroneAnalyst, which represents an increase of almost $6,400 from 2019’s average purchase price of $1,718.² This is likely due in part to the introduction of high-end thermal cameras, mapping software, and surveying tools on drones marketed to first responders and industrial inspectors.

It’s easy to see how executives and managers might be hesitant to increase funding for such expensive equipment, even if they see the potential uses and advantages of starting a drone program. However, if executives are willing to work with employees or contractors who know drones, the results can increase efficiency and save money.

“We initially bought the Aardvark,” said Carl Cronk from the Mountlake Terrace Police Department. “And we realized we didn’t know anything about drones.”

“We didn’t buy it, the command staff bought it,” another officer chimed in. They had met with four different police departments to share information and test-fly drones from different companies.

“We realized it’s not gonna do what we want it to do,” Cronk continued. “So we can sit down and revaluate, clear up what our tasks and the roles are gonna be, and the equipment that’s actually gonna accomplish those tasks.”

Over half of all drone programs have a budget of $10,000 or less, according to DroneAnalyst.³ That might be only enough for one or two drones, but that’s still enough to prove the concept, especially in law enforcement where one drone platform can be used for many tasks.

Outsourcing drone services to specialized operators is an option for smaller-scale uses, like real estate photography or one-time land surveys. However, DroneAnalyst notes that in 2020, 73 percent of companies with drone programs are fully in-house, compared to 8 percent with fully-outsourced programs. The remainder, 19 percent, have a mix of in-house and outsourced users.4

As technology, regulations, and awareness increase and evolve, drones will likely play a larger and larger part in more and more business operations. Even as top-down programs are likely to increase, bottom-up drone programs are still responsible for a majority of new programs.

To learn more about personal or professional-level drones for you or your company, check out Autel Robotics and find out how we’re raising the standard for quality across the industry. Keep an eye on our blog too, for stories about users, industry news, and tips for owning, handling, and maintaining your aircraft.

*Always make sure you have proper registration and follow all rules and regulations while flying. The FAA has specific steps and guidelines drone pilots MUST follow, especially if they are flying for a commercial purpose.